The SEME is a two-day conference for motivated, active young professionals and aspiring students who seek the education, access and answers to learn, launch or further their career in the sports and events industry.

In an ever-changing sports and events marketplace, marketers must stay current with the topics and trends in the business environment, as well as with relevant and timely management skills, to make successful decisions.

This dynamic event allows more exposure to answers than any other educational or conference offering. To be a player in the industry – you can’t get the real Answers without being there to ask the Questions.

An impressive and powerful Advisory Board and Speakers Bureau has been selected to cover the breadth of sports and events marketing components and provide current experience and industry know-how across a wide spectrum of the industry, including: 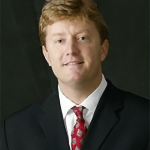 Matt Winkler, M.A., APR, serves as the Executive Director of SEME. He brings over 20 years of sports related experience in the NCAA, NHL, WNBA, MLS, the Olympics, and the World Cup. Winkler has taken this passion and success to develop sports industry education initiatives including his current work at American University, as the Program Director for the fully online Masters of Science in Sports Analytics & Management (MS SAM).

Before coming to AU , Winkler served as Associate Dean at Georgetown University. Previously, Winkler was a Regional Sales Manager for the Lincoln Holdings franchises of the Washington Capitals (NHL) and Washington Mystics (WNBA).

With over ten years of leadership in the NCAA Athletics and Media Information business, Winkler recently served as the Assistant Athletics Director for Public Relations at George Mason University in Fairfax, VA, after a six-year stint as Assistant Athletics Director for Communications, and Director of Athletic Communications and Sports Information at American University. He worked at Lehigh University prior to returning to his hometown to begin work at AU.

Winkler frequently served as an on-site game-day media operations consultant for U.S. Soccer and D.C. United as well as the NCAA and their championships for Men’s Basketball and Men’s Soccer. His external experiences have been extensive. He has served as a media operations coordinator for several national and international events such as: the 2003 World Cup, 2002 Winter Olympics Salt Lake City; the 1999 Women’s World Cup in D.C, the NCAA Men’s Basketball Tournaments in 2002, 2001, 1998, 1996, and 1994; the 1996 Atlanta Olympics, 1994 World Cup in Washington, D.C. and the 1994 Goodwill Games in St. Petersburg, Russia.

Winkler, a native of West Bethesda, MD, who earned his M.A. in Public Communication at American University, was an N.C.A.A. student-athlete (soccer and basketball) in college (Curry College, Milton, MA). He is an active member of Public Relations Society of American (PRSA) and earned his strategic public relations accreditation, the APR, from that organization. 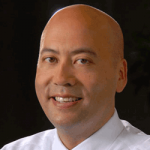 Jimmy Lynn, a veteran of more than 25 years in the Sports and Entertainment sectors, is one of the pioneers of the Digital Sports space and is regarded as one of the leading relationship brokers and connectors in the sports industry.  He is a co-founder and Vice-President of Kiswe Mobile, a interactive mobile video start-up focused on bringing a rich viewing experience for live media content such as sports and entertainment events to mobile devices.

Previously, Lynn was the managing partner of JLynn Associates, a global strategic advisory firm focused on sports-related digital media, marketing, and retail for a diverse set of clients including teams, athletes, leagues and associations, media outlets and other businesses.

Prior to founding JLynn Associates in 2009, Lynn served as Vice-President, Strategic Development and Partnerships at AOL, where he and his team were responsible for the strategic development and account management of AOL Sports’ strategic partnerships and organizations including the NFL, NBA, NASCAR, MLB, WNBA, NHL, PGA Tour, ABC Sports, CBS Sports, HBO Sports, Sports Illustrated, Turner Sports, NFL Players Association, WWF, The Sporting News, STATS, SportsTicker, etc.  During his 14-year career at AOL, he was instrumental in developing AOL Sports into one of the leading global sports destination internet sites.

Lynn also served as a Vice-President, Diversity Partnerships and Strategic Relationships for AOL’s Office of Diversity and Inclusion.  In this role, he managed AOL’s employee affinity networks and partnerships with community service organizations.

Previously, Lynn was the Advertising Manager for Home Team Sports, the CBS-owned regional sports network serving the Mid-Atlantic Region (TV partner of the Baltimore Orioles, Washington Wizards and Washington Capitals) and the Promotion Manager for WLTT-FM, the CBS-owned and operated station in Washington, D.C.

Lynn has been actively involved in philanthropy and community service over the past 17 years.

Lynn was one of the 2006 recipients of Time Warner’s most prestigious public-service prize, the “Andrew Heiskell Community Service” award. This award is given to employees who exhibit outstanding leadership and accomplishment in voluntary public service, human rights and/or equal opportunity efforts. Lynn also was recognized in 2008 by Greater DC Cares as one of Washington DC’s top 10 rising leaders in philanthropy; as one of City Year’s “Idealists of the Year”; and by Year Up as an “Urban Empowerment” award winner.   In 2010, he received an award from Washington, DC Mayor Fenty for outstanding community service.

Lynn is the Board Chair, National Fitness Foundation, and a board member, Washington Nationals Youth Baseball Academy.

Lynn is an adjunct faculty member at Georgetown University’s McDonough School of Business and also with the Sports Industry Management program in the School of Continuing Studies.  He is a Senior Advisor in MSB Office of Executive Education.  Lynn received the “SCS Dean’s Outstanding Service” award in 2010 and the “SCS Faculty Service” award in 2014.  He has a B.A. in Public Communication and an M.B.A. in Marketing from American University.