Join us for a much anticipated media and technology immersion as Jimmy Lynn will host two accomplished digital executives for what will be robust conversation with Jim Brady of ESPN and David Aldridge of NBA and Turner Sports.

Aldridge, longtime NBA reporter now with NBA.com and Turner Sports, recently won the Basketball Hall of Fame’s Curt Gowdy Media Award for his contributions to basketball. Aldridge reported for Washington Post and the Philadelphia Inquirer and spent eight years at ESPN where he became one of the most well respected basketball journalists in the business. The Curt Gowdy Media Award is named in honor for the late Curt Gowdy, a sports broadcaster and former Hall of Fame President. He graduated from American University.

Brady, a former sports and executive editor at WashingtonPost.com and currently the CEO of Spirited Media, is finishing his role as public editor at ESPN. Brady was formerly the sports editor at WashingtonPost.com, among other digital media positions.  Brady has more than 20 years of experience in digital and print news at AOL, the Washington Post, Digital First Media (where he served as editor-in- chief) and currently at Spirited Media, which runs the mobile news platform Billy Penn in Philadelphia. He graduated from American University. 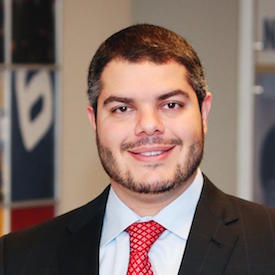 Ahmad Nassar serves as President of NFL Players Inc., leading and managing the for-profit licensing and marketing subsidiary of the NFL Players Association, representing the interests of more than 2,000 active NFL players. In this role, Nassar is responsible for overseeing strategy and operations of the organization’s commercial business. He served as Executive Vice President and General Counsel prior to being named President in January 2015. Working with more than 100 of the Fortune 500,

Nassar and his team are accountable for growing revenue streams for more than 2,000 active NFL players. He leads negotiations on complex licensing and sponsorship transactions with major corporations, including the NFL, Electronic Arts, Fanatics, Panini, Nike, ESPN and YouTube among others, with a total aggregate deal value over $1 Billion. He also manages collaborative efforts with the players associations from the MLB, NBA, NHL, and MLS on business and legal issues of mutual importance, such as counterfeiting and right of publicity legislation and cases nationwide.

Nassar is co-founder and chairman of the board of OneTeam Collective, the NFLPA’s groundbreaking athlete-driven business accelerator, formed by the NFLPA with founding partnerships with world-renowned organizations such as Kleiner Perkins, Madrona Venture Group, BlackRock, Harvard University, and Intel. Under his leadership, OneTeam Collective has partnered with tech startups and early-stage companies, including Whoop, StatMuse, Rep The Squad and CampusLore. He also serves as co-founder and board chairman of Athlete Content & Entertainment (ACE Media), the NFLPA’s production and content arm, as well as leads the recently launched REP Worldwide (Representing Every Player), a first-of-its-kind group player representation business that offers licensing and brand management services to athlete-driven sports properties.

Prior to joining the NFLPA, Nassar worked at Patton Boggs and Latham & Watkins, where he counseled clients in a variety of practice areas, including white-collar criminal defense, intellectual property issues, internal corporate investigations, antitrust issues, and a wide range of matters affecting labor unions. He received his JD from the University of Chicago School of Law, and graduated with a bachelor’s degree in economics from the University of Michigan. Nassar was a winner of the Thomas R. Mulroy Prize, the Angell Scholar Award and was the Ruth Wyatt Rosenson Scholar at the University of Chicago. Immediately following his graduation from law school, he served as a law clerk to the Honorable Denise Page Hood, United States District Judge in the Eastern District of Michigan.

Nassar was named one of Sports Business Journal’s 2014 “Forty Under 40”, awarded to sports executives shaping the future of the industry. 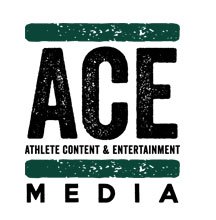 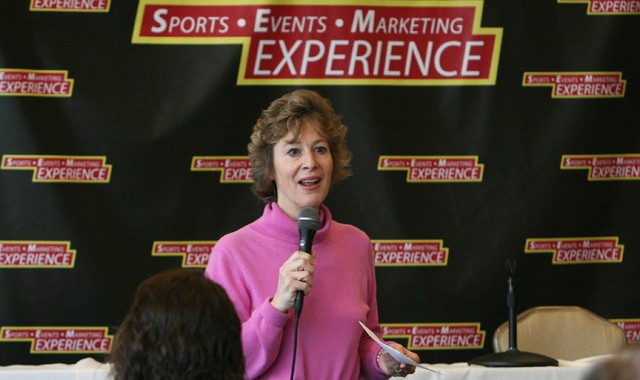